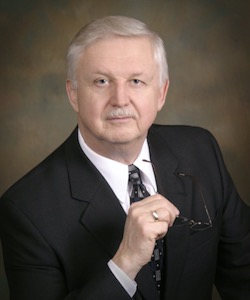 Constantin V. Roboostoff is "AV" rated by Martindale Hubbell and has tried a variety of cases in both State and Federal Court during his career of over 30 years. In 1988 he partnered with Scott Kalkin to establish the law firm of Roboostoff & Kalkin. The partnership's roots grew from a chance meeting in a martial arts class years earlier. At the time, Mr. Roboostoff was a senior partner in another firm where he specialized in personal injury, wrongful termination, and insurance bad faith. His practice at Roboostoff & Kalkin focuses on ERISA disputes, personal injury, wrongful death, wrongful termination, workplace harassment and discrimination, and insurance bad faith.

Over the course of his career, Mr. Roboostoff has obtained substantial awards and settlements on behalf of his clients. In 2005, Mr. Roboostoff obtained a 1.6 million dollar award for a 65 year old, non-English speaking immigrant, who lost her adult daughter in a tragic apartment fire.

Contact Us
Practice Areas
Client Reviews
★★★★★
Just when I thought there was no hope to recover my LTD benefits, I found attorney Constantin Roboostoff. With his expertise, I was able to recover all of my back long term disability benefits. Other attorneys wouldn’t take my case because it wasn’t cut and dry. Mr. Roboostoff took the challenge and did an incredible job. Not only did he get my current disability benefits going, he also recovered all my back benefits. He was a true blessing and I would recommend him whole heartedly. CW
★★★★★
It was my pleasure to make contact with Scott Kalkin three years ago after other lawyers had turned me away and told me I would not succeed in my lawsuit. Thanks to Scott's thoroughness, dedication, and diligence, my lawsuit WAS successful and he saw me through to the end, which included putting legal pressure on the insurance company which had invested so much time, personnel, and money, in not paying me what was due. RB
★★★★★
As soon as I met with Scott, I could tell he was knowledgeable, resourceful, experienced, highly professional, and would be dedicated to getting me fair treatment. Scott has handled all interactions with my insurance company ever since. Being able to rely on him to represent me has been a huge relief for a chronically ill person. SO
VIEW MORE
Submit a Law Firm Client Review